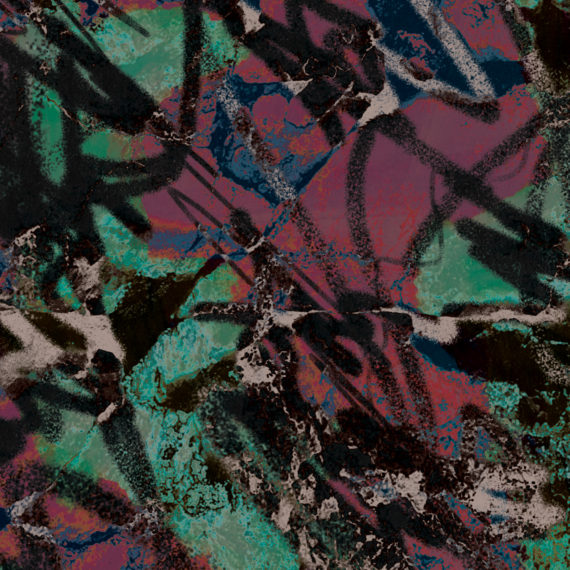 Andreas Brandal is a Norway sound designer with more than two decades of texture exploration to his name. Having already issued a number of cassettes, CD-rs and vinyl on celebrated outsider imprints (including but certainly not limited to Smalltown Supersound, Field Hymns, Kendra Steiner Editions, 905 Tapes, and No Kings), Brandal now joins the Sacred Phrases family with ‘The Thursday Curses,’ a five-song suite that underlines the producer’s tonal sleight of hand. Opener “From the Bed To the Fire” dives headfirst into an undulating aural murk that ebbs and flows in waves of digital decay and sweeping beauty. “A Moment Passed And All Was Changed” plays like an avalanche of sustained blips and serrated snow, simultaneously collapsing and building up speed and mass along the way. “A Murmured Name” and “The Thursday Curses” are distant, alluring sheets of warm desolation, culling an air of mystique and a distant presence. Closer “No Symbols Where None Intended” wraps up the tape with calm resolution, providing a fitting space for meditation on preceding emotional arc of ‘The Thursday Curses.’